A sad face enters our office. ‘They do not like me to date their daughter, because I am a Muslim and they are Christian.’ The student sits down searching for some advice.

‘I cannot convert to Christianity, but I will also not keep her from being a Christian. When it’s Sunday I encourage her to go to church. When it’s time for prayer she tells me to pray. Our children? We’ll raise them in both religions. Let them choose when they are old enough what they prefer to believe.’

Her parents, living in multicultural Dutch society, probably want best for their daughter. Maybe they are scared for the unknown, scared to lose her, scared for this image of Islam which the media presents. His parents, living in a 90% Muslim society, probably want best for their son. Maybe they are common to the idea of an interreligious marriage. Something which is not rare here in the Gambia. Sometimes the woman does convert to the religion of the husband. But Christian and Muslim relatives still live in the same room.

It almost seems like there is a pragmatical tolerance. The Gambia is seen as a peaceful country. By Gambians and also by others, like Christian Nigerians, who fly their own country. And they like to keep it peaceful. So the majority in this country is Sunni – a Muslim denomination – and there is freedom of religion and a tolerance towards different Islamic, Christian and other religious denominations…to a certain extend. Cause if there is a group spreading hate speech and intolerance towards others – Christian, Muslim, or other – they are pulled back by the counsels or government.

‘That terrorist? Some people they say themselves are Muslim (or Christians for that sake). But they are not a good Muslim. Cause the prophet says don’t do bad things. So if there are only good Muslims there won’t be terrorist.’ 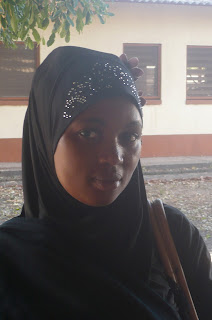 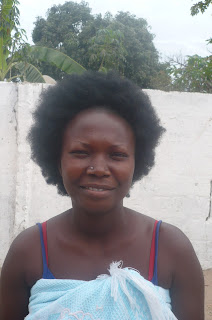 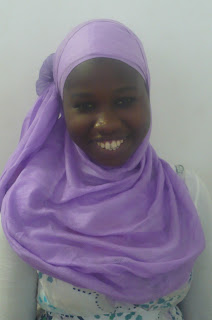 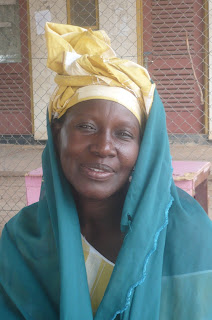 Diversity within Islam
I see women on the street: Many with colorful veils matching the outfit,  a lot without veil and a very nice hair style, a lot with a dark veil and a bit of bling and a couple with a completely covered veil.

I meet many people who will never drink alcohol, I meet some who don’t mind if the local Julbrew is vaporized in the food. I notice some who had  bit too much to drink. I hear about a few who won’t even allow a beer in their fridge.

I know men with three wives and proposing to a fourth. I meet men who don’t want to think about a second wife. ‘One wife, one problem, four wives many problems’,  they joke.

Small things which examples the diversity in daily life of Muslims in the Gambia. There are very liberal Muslims and very fundamental Muslims and everything in between.

Multiple characteristics
To which of those does the son-in-law-to-be belongs too? What does it mean for him to be Muslim? I hope in the end the parents will take some time to talk to him, to ask questions, to meet him. And not only about how he sees his religion and how he shares believe with their daughter. Cause besides being a Muslim he is also a Gambian, he is a College student, he is a mathematician, he is this fanatic soccer fan, he is the one who joins the dance floor for some Fulla moves, he is the one in love.
Geplaatst door Jessica Bouva op 12:39